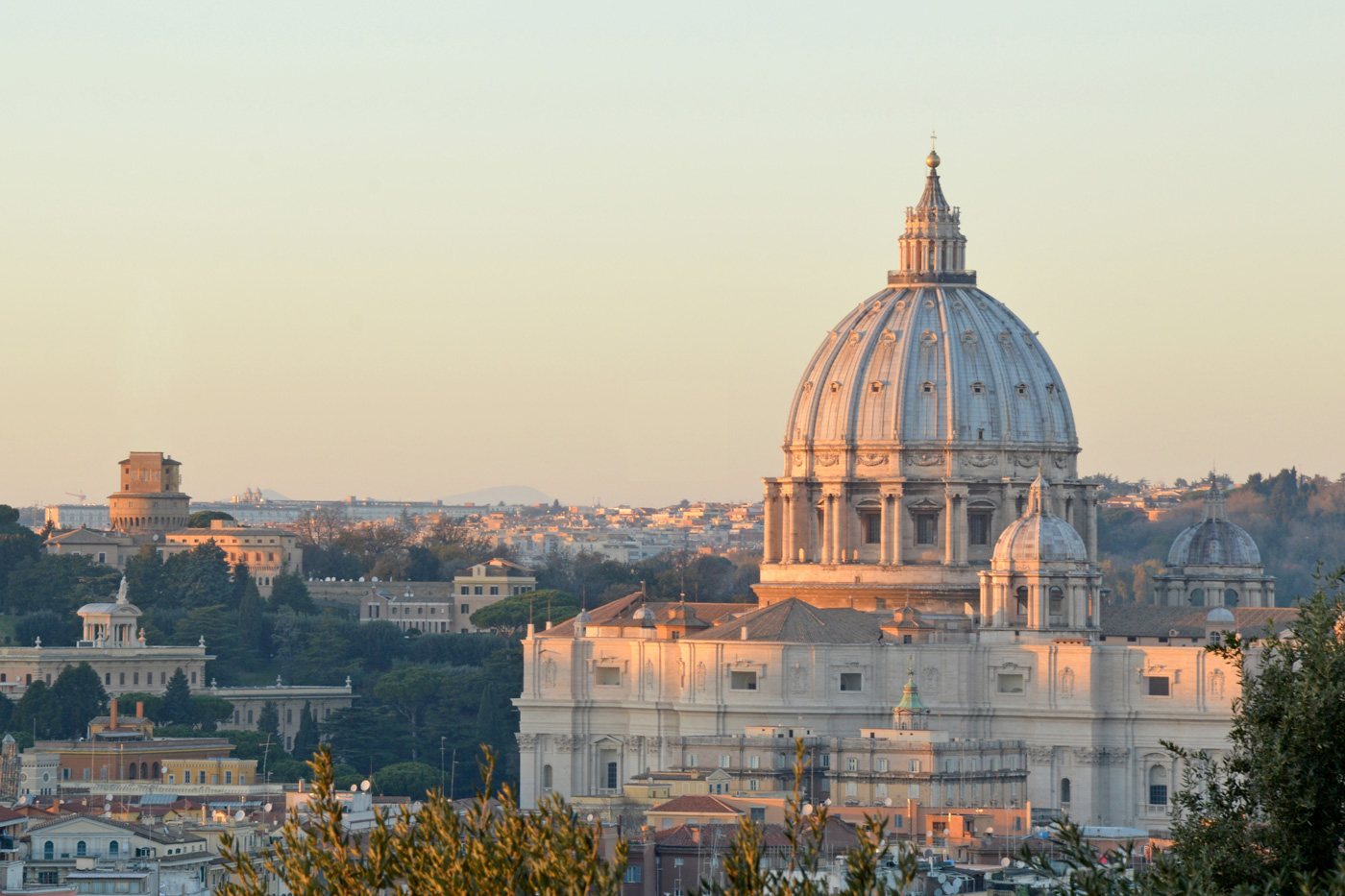 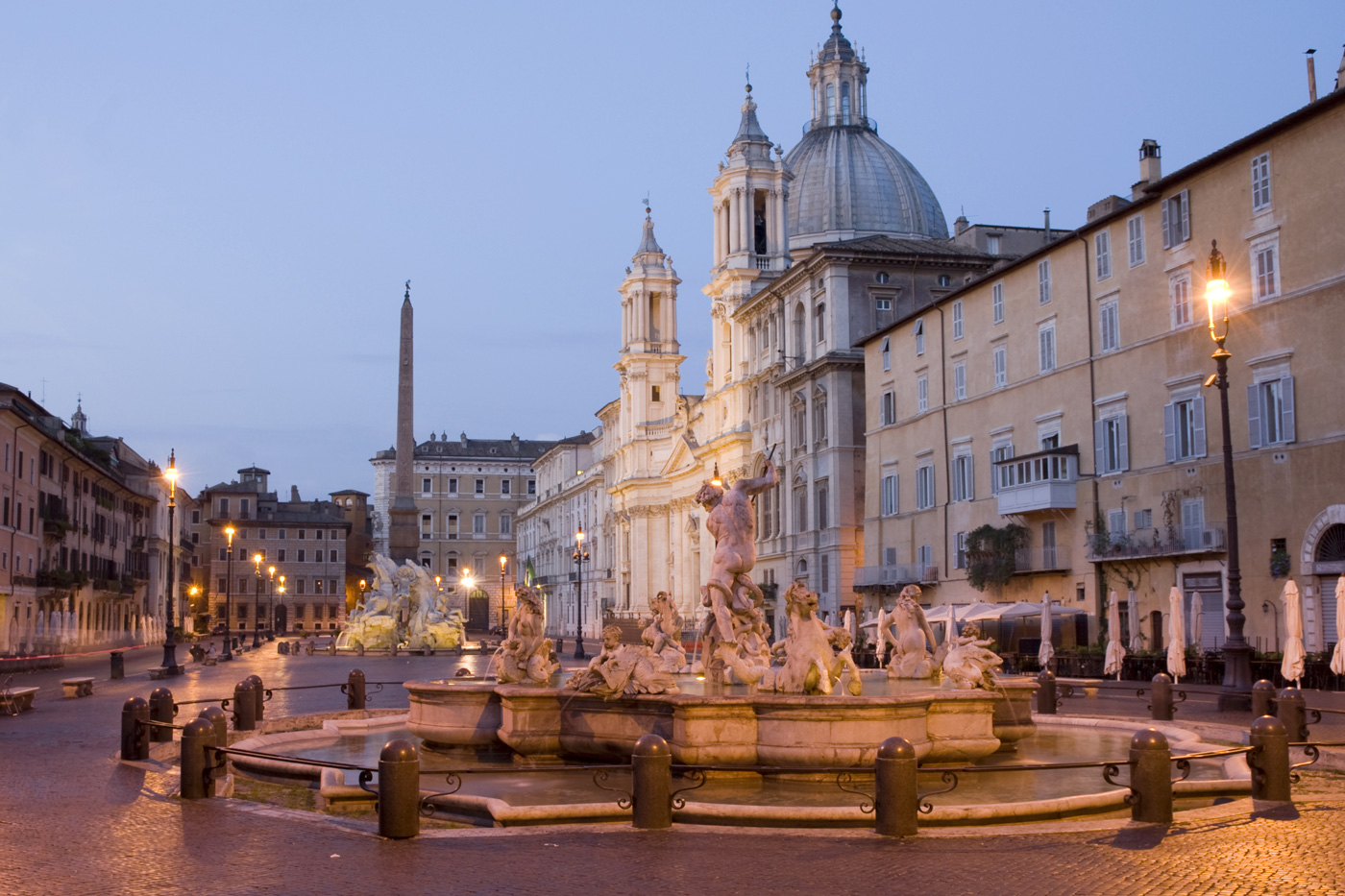 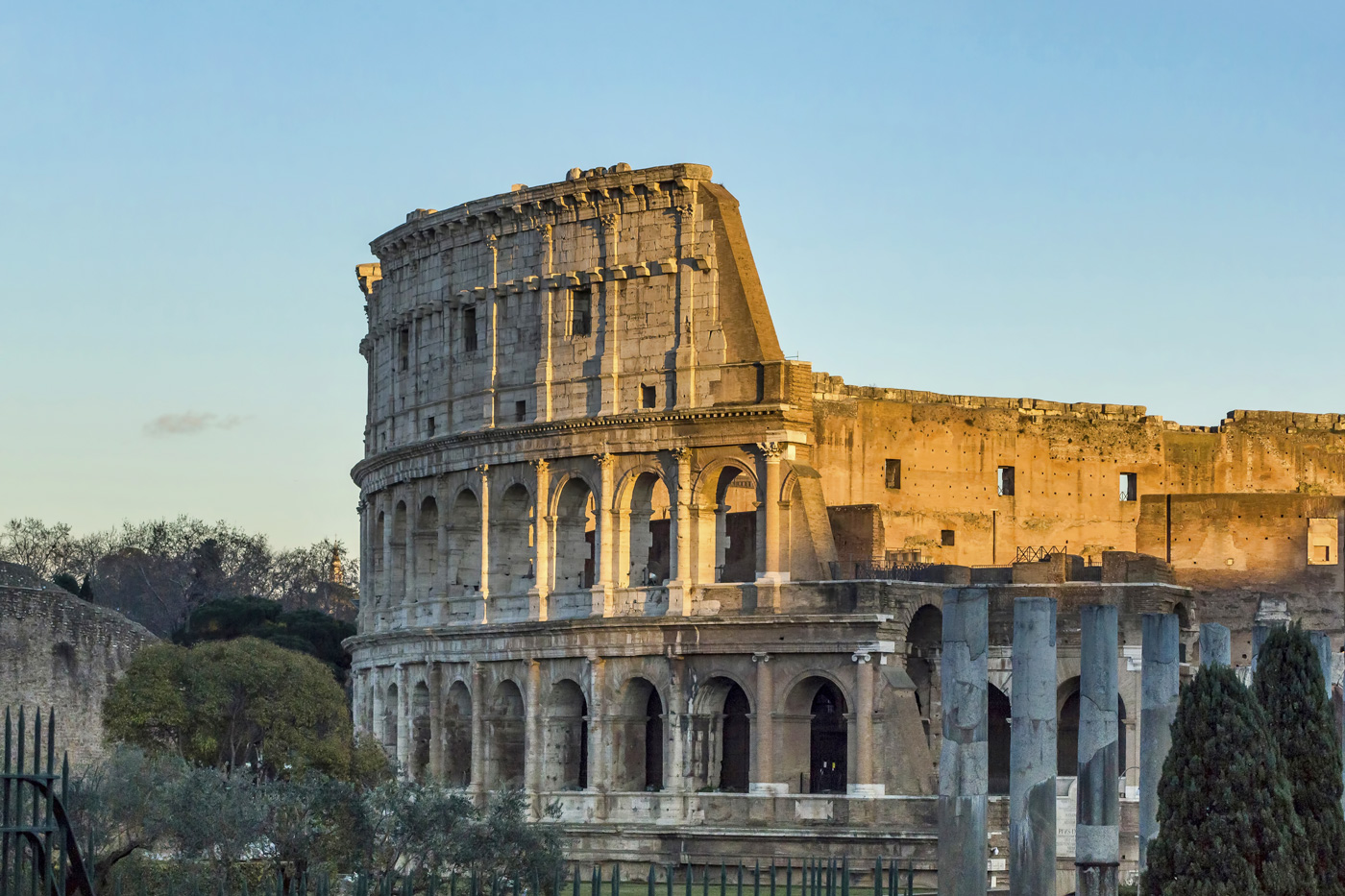 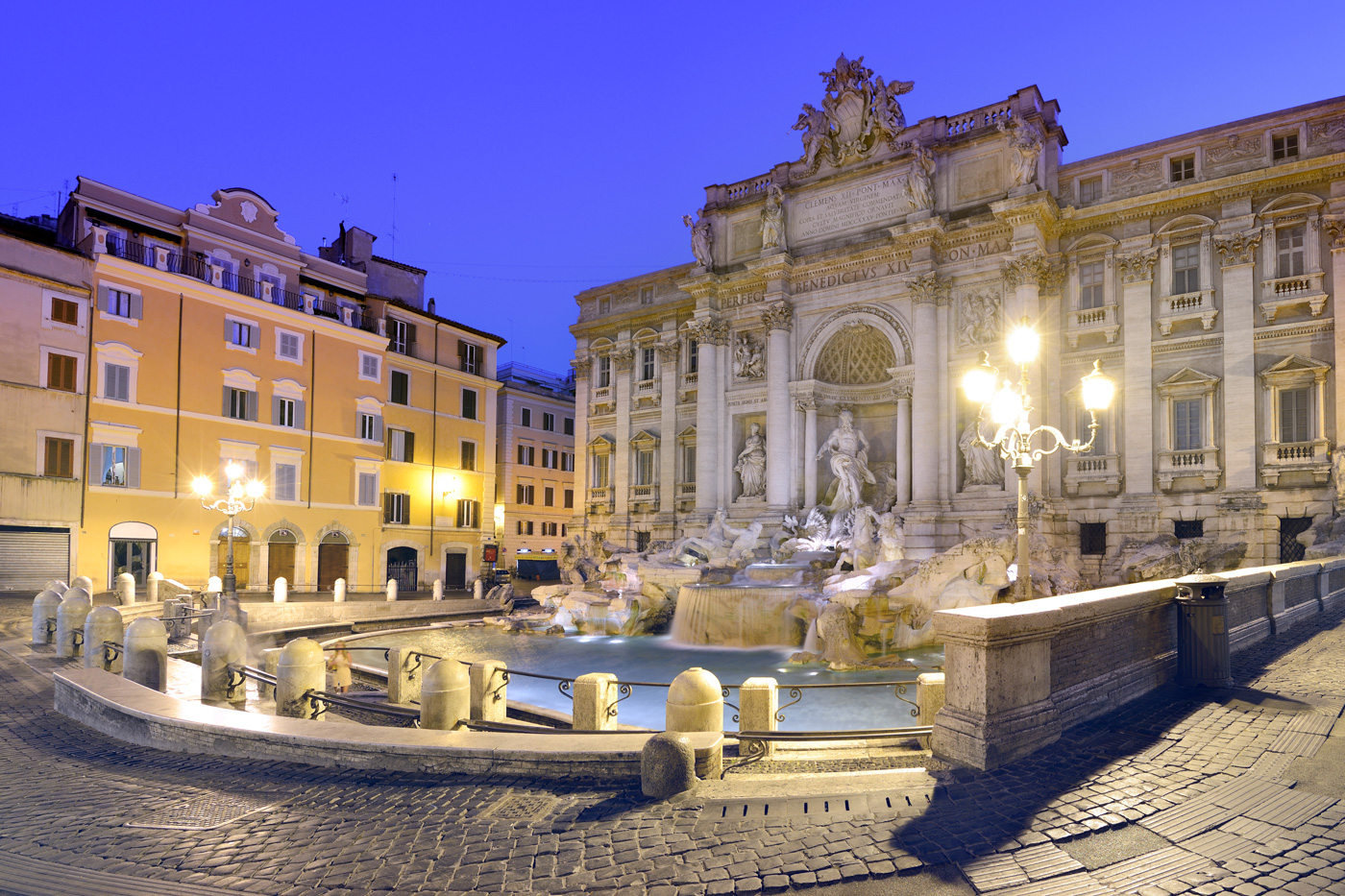 Rome has many attractions, shopping districts, museums and cultural points of interest, for guests staying at Grand Hotel Palace to enjoy.

The hotel's superb location, on one of Rome's most stylish and elegant streets, Via Veneto, gives guests easy access to many popular destinations and points of interest in the city.

The largest amphitheatre in the world, the Colosseum is one of the most impressive works of Roman architecture and engineering, and is considered to be the most recognised building in the capital city. Construction of this major tourist attraction began in 70 AD, under the rule of Emperor Vespasian and was completed in 80 AD under his successor, Titus. Modifications were made during the regin of Domitian (81-96 AD). These three Roman emperors were known as the Flavian dynasty, which explains why the amphitheatre was originally known as the Flavian Amphitheatre.

It was estimated that the Colosseum could hold between 50,000 and 80,000 spectators and it was used to stage gladiatorial contests, wild animal fights, renactments of famous battles and other public spectacles. The Colosseum is located in the heart of Piazza del Colosseo, close to the Metro stop Colosseo. The Colosseum is closed on 1st January, 1st May and 25th December. Opening hours vary depending on the time of year.

This walled enclave is the smallest internationally recognised state in the world, by both area and population. Vatican City is 110 acres and has a population of approximately 800 people.

Vatican City is an ecclesiastical state ruled by the Pope and the official residence of the Pope, the Apostolic Palace, is located there.

There are many cultural points of interest and popular attractions within Vatican City, including St. Peter's Basilica, the Sistine Chapel, the Vatican Gardens and the Vatican museums.

One of the most beautiful residences in the city, Villa Borghese lies on the outskirts of 17th century Rome, within extensive landscaped gardens. It consists of 20 rooms, across two floors, and houses the largest private collection of art in the world.
It is named after a very powerful Italian family 'The Borgheses', who rose to wealth and prominence when one of their members became Pope Paul V in 1552, and subsequently gave power and titles to many members of his family. They built Villa Borghese to hold parties in and to house an art collection, and in 1903 it was acquired by the city of Rome and opened to the public. Visitors to Rome can see a spectacular collection of art at Villa Borghese, including masterpieces from Titian, Rubens, Caravaggio and Raphael, and can explore the stunning gardens.

The Trevi Fountain, which is the largest baroque fountain in Rome, is often described as the most beautiful baroque fountain in the world. This well-known tourist attraction was designed by Italian architect, Nicola Salvi and was completed by Pietro Bracci.

The central figure of the fountain is Neptun, God of the Sea, whose chariot is being led by tritons and sea horses.

The fountain is filled with coins, as there is a tradition of throwing coins into it, to ensure good fortune and to guarantee a return trip to Rome, the Eternal City.

This impressive stairway, which consists of 135 steps, leads from Piazza di Spagna to Piazza Trinità del Monti, in the heart of the city of Rome.

The Spanish Steps were built from 1723-25, to link the Bourbon Spanish Embassy and the Trinità del Monti church, which was under the patronage of the Bourbon kings of France at the time. The stairs were designed by architects Francesco de Sanctis and Alessandro Specchi.